Messing Around with Broadcast Channel API

I had previously written about the Boradcast Channel API specifically in context of using it with Reveal.js, but some folks had asked me about Broadcast Channel more generically, so I create a demo (click here to see it). Source code is also available.

For this example, I chose to use multiple iframes in a single window, not because I think it’s a good idea, but because it’s easier to demonstrate.

Currently available in Chrome and Firefox, this API uses Web Workers behind the scenes, and can allow communication between different windows, tabs, frames, and iframes with the same origin, which are situations you might handled through AJAX requests in the past.

There are really only four things you can do with the Broadcast Channel API: create/join a channel, post a message, listen for messages, and leave a channel.

From this point you can start posting and receiving messages.

To post a message, just call the postMessage method on the BroadcastChannel object and pass in any object (JSON, DOMString, etc.). Here’s an example of passing in a JSON value:

To receive messages, add a listener for the onmessage event. When you respond to the event, the message will be in the data property of the event. Here a simple listener:

Note that any messages posted by an instance (window, tab, frame, or iframe) will not trigger its own onmessage event.

Things to Keep in Mind

First and foremost, this API only works with the same origin, so for different origins (different domain, a sub-domain, etc.), the Broadcast Channel API won’t work.

The example I created is obviously very contrived, but I found it to be a simple way of showing the power of this API. That said, the way that I created this example has what are essentially four different web pages, three being loaded into a fourth, and as such, their resources are completely separate, meaning that, for example, the main.css is downloaded four times, since each page references it. If you want to have more control over shared resources, you should look into the SharedWorker API, where you can have a lot more control.

The reason I found this API in the first place was that I wanted to synchronize multiple windows of the same thing, in particular, a Reveal.js presentation, for which I found the Broadcast Channel API to be very effective. You can see a post I made about it here: Presenter Mode for Reveal.js 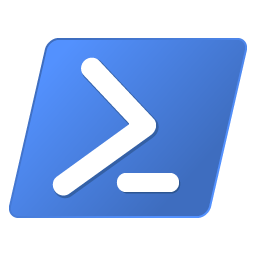